The Importance of Timing 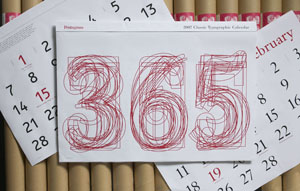 I went out to get my Sunday paper (yes, I still read the paper) to find it polybagged in an advertisement for Snickers. The bag included a coupon for a bag of Snickers’ Minis.

Does anyone else find it odd that I received a coupon for snack-sized Snickers the morning after my children are waking-up from their Halloween-induced coma?

Return on investment is crucial for your marketing efforts, but some things are out of your control – like natural disasters or a surprise launch of a competitive product at the same time as yours.  However, there are some things you can control –  like timing.

A few years back I participated in Bzz Agent’s word-of-mouth marketing program where they were getting people to try Hershey’s new Take 5 chocolate candy bar.  The problem was they sent me the product in July in Georgia.  The melted glop that remained was not very appetizing.

When I brought this to Bzz Agent’s attention, they stated they had received similar complaints and would rectify the situation.  They did resend the bars – in August.

I can’t imagine Hershey’s received the return they had hoped for based on poor timing on behalf of them and BzzAgent.

Just last month, Toronto’s subway newspaper, the Metro, began running ads promoting their mobile website, suggesting that the website was so riveting it might cause car accidents. Their timing, however, was lousy, since the Toronto government had just passed legislation making it illegal to drive and use a cell phone at the same time.

There are many things not in your control when marketing, but to ensure the best possible return on investment make sure you control what you can.

Do you have any marketing disaster stories caused by poor timing?  Let us know.

Don’t Get Lost In The Words 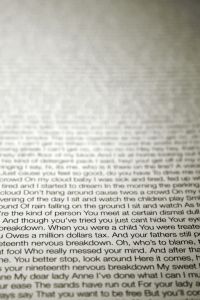 Too many times great ideas go undiscovered because they are not communicated well.

Think about your web site.  Are you so worried about search engine optimization and loading your content with key words that your company’s point of difference is lost in the words?

I spend a lot of time with clients helping them hone their unique point of difference, only to watch it get lost when they try to communicate it through their web site, blogs, brochures and other forms of communications.

So how do you ensure your ideas are communicated in a way that makes them stand out?

In an effort to help clients enhance their communications tools, I have expanded M is for Marketing’s services to include editing and writing services.  I call the service Idea Assurance – helping ensure your idea is communicated as you intended.

We are having a new service special in which we will edit 10 pages of web copy for $475.

Clear, concise communication is as important as the idea itself.  Take your time when writing; it will help position your company more effectively.

How Credit Unions Can Benefit Your Bottom Line 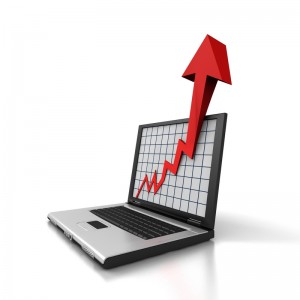 Does your company belong to a credit union?

Even with most credit unions moving to community charters where virtually anyone can join one, there remains additional value by being a member company.

A terrific marketing opportunity for your company?

It’s quite simple.  Credit unions tend to have very loyal members.  Members who have “gulped the credit union kool-aid” are evangelists for their credit union.  This halo covers the member companies as well.

The opportunity exists for you to reach out to your credit union business development contact and tell them you would like to market your services to the other credit union members or member companies.

Tell them you want to provide credit union members a special member offer or discount which can be marketed through their emails, on their website and/or newsletter.

The cost of this marketing is minimal, if it costs anything at all, and it gives you access to thousands of people you may not have reached before.

You both win when you gain access to potential new customers.

If you are already a credit union member company, you are halfway there. If not, find one who can best service your needs.  To find credit unions in your area check out the NCUA.

How To Ruin A Good Idea

The spot invited parents and children to a dinner for the children to get fingerprinted and to hear tips on child safety.

As a father of two young boys, this sounded like a great event to attend; anything to help ensure the safety of our children.

So imagine my surprise when I heard that registration for the event started at 6 pm, with dinner and presentation beginning at 7, likely ending past my kids’ bedtimes. Noble cause, but not enough to miss the coveted bedtime window.

It is critical to think about your target audience at every stage of an idea.

Something as simple as the time you start your event could make a difference.

Tracking Leads – As Simple As Asking A Question

Are your Yellow Page ads working as well as they used to?  Did your newspaper ad generate enough leads to justify the expense?

Last week I talked about the importance of tracking leads as integral to knowing if your marketing efforts are working.  While there are many complex ways to track leads, I want to expand on two free, yet effective, ways using your call center or web site.

Whether you have a call center or one person answering your phone have them ask a simple question, “How did you hear about us?”  By keeping a record of this data on a sheet of paper or simple spreadsheet you can begin to see which marketing tactics are working hardest for you.

Just like the call center, you can track your tactics by adding a question to your website when people request more information or purchase a product on your site.

I recently worked with a company that has been tracking its leads for over five years.  After a quick analysis we were able to identify some tactics that were high price, but not providing the return on investment.  In fact the return had been declining for two years while the prices had increased.

Canceling those tactics and reallocating dollars allowed this company to save 20% of their marketing budget while actually generating more leads.

Don’t wait to implement a tracking program.  Doing so will help you market smarter.